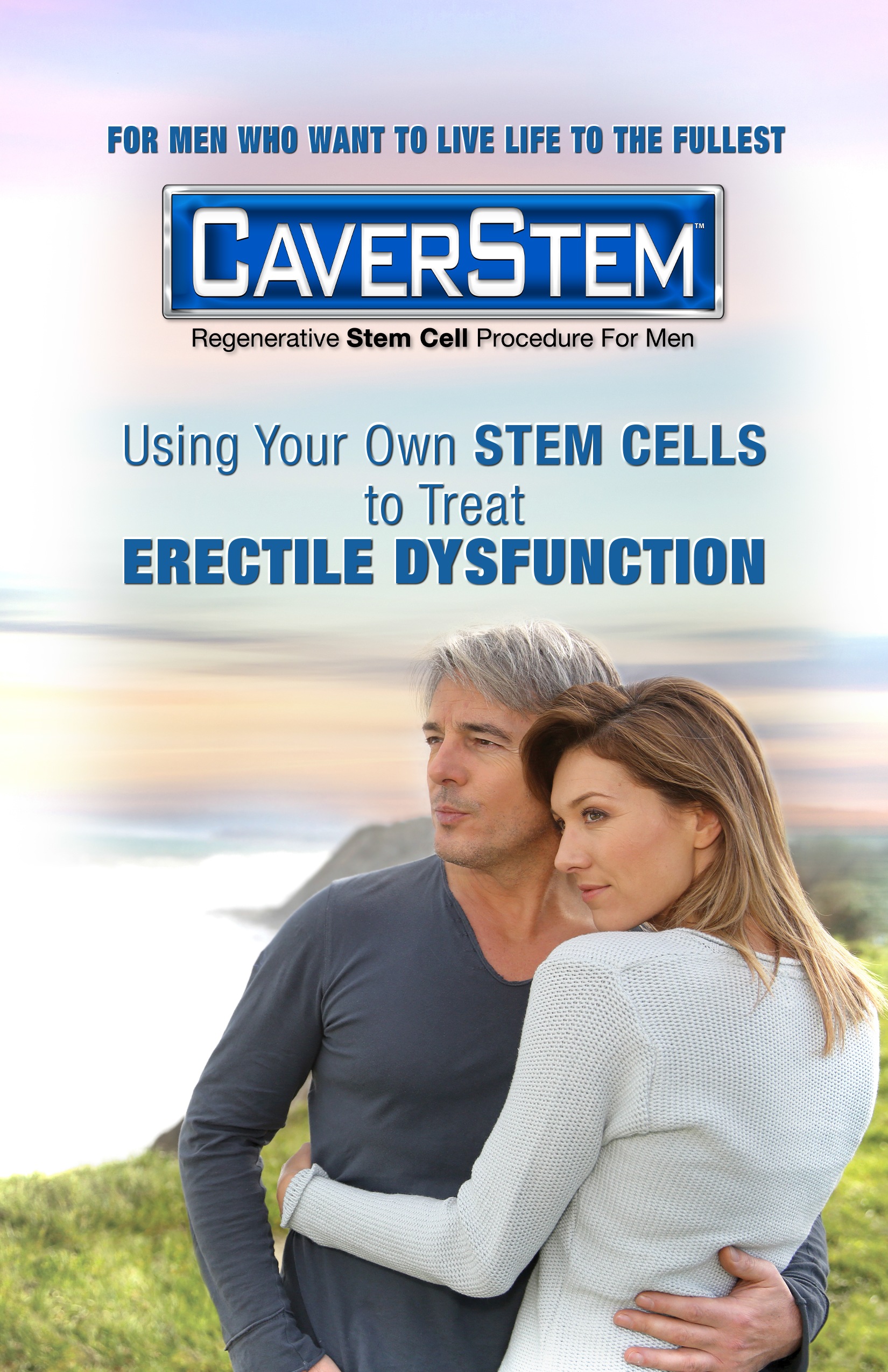 It’s called CaverStem ™, it is a patented medical protocol in the United States and it allows to carry out, in outpatient mode, a natural, non-invasive and permanent treatment to regenerate blood vessels and smooth muscles inside the penis of patients with erectile dysfunction.

We talked about it with Prof. Gabriele Antonini Urologist Researcher of the Sapienza University of Rome. “Erectile dysfunction is a pathology closely related to age, psychological, neurological and hormonal factors. It has an extremely significant impact on the quality of life of the patient and therefore reflected in the social fabric. Epidemiological data in Italy place the problem, in terms of prevalence, among those most frequently encountered. Currently around three million men are suffering from erectile dysfunction but it is estimated that they could be at least twice as much. In the field of biomedical research, regenerative medicine has successfully established itself over the last decade through the development of new strategies and alternative treatments to conventional therapies, using growth factors and other intercellular signals capable of stimulating the natural healing process of the human body.

We were the first about three years ago to import from the USA and to validate a new therapy based on platelet-rich plasma (PRP) with widely documented positive effects in the treatment of ED and penile pathological curvatures caused by La Peyronie’s disease. Now the “Bone Marrow Stem Cells” play a leading role in the treatment of erectile dysfunction.
The hematopoietic, mesenchymal and endothelial progenitor cells used in the patient’s bone marrow are used. The administration of stem cells directly into the penis, can reverse the pathophysiological changes that lead to erectile dysfunction, as well as cure the symptoms effectively. In about 15 minutes, the urologist specialist proceeds with local anesthesia to extract a small amount of autologous material from the iliac crest from the patient, and obtains a concentrated cellular product that is injected into the cavernous bodies of the patient’s penis. 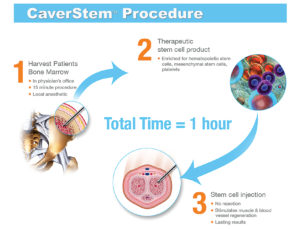 The CaverStem ™ procedure, scientifically already validated in the States, allows to perform a safe, fast and free of side effects outpatient procedure. We are the only authorized and accredited European center for this treatment.
Just three months after implantation, an increase in duration and frequency of erection was detected, in addition to maintaining it until orgasm. Side effects are virtually absent and no post-procedure complication has occurred. Some patients have even been treated with a double stem cell and PRP graft with truly exceptional results in terms of resumption of sexual activity that allow us to glimpse a truly rosy future for the non-invasive and non-surgical treatment of erectile dysfunction “.