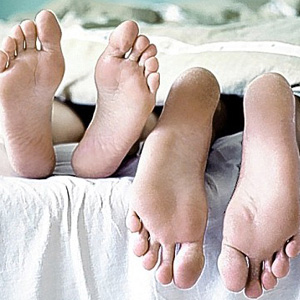 A sexual disorder of the orgasmic phase so widespread as to be considered by some to be a variant of normal male sexuality. It is the condition in which a man is unable to exert voluntary control over his ejaculatory reflex, so that, once sexually excited, he reaches orgasm before his partner in most cases of coitus, with any partner and any type of sexual activity; It can occur even before penetration: (ante-portas) or immediately after (post-portas). It can present as a permanent (“lifelong”) or acquired condition characterized by ejaculation which always or nearly always occurs before or within 1 minute after vaginal penetration, and inability to delay ejaculation. Intra-vaginal ejaculatory latency time (IELT) is defined as the time from vaginal penetration to ejaculation. The causes can be organic or mental; in organic cases it is linked to inflammation of the urogenital tract, neurological diseases, or use of drugs, and in these cases the therapy is aimed at removing the causal factors. With regard to psychological causes, individuals affected by this disorder are probably united by an attempt to defend themselves from the anxiety generated by sexuality and, in particular, by the intense erotic sensations that precede orgasm, and are therefore unable to control it.  However, there are also organic causes that, though not frequently, induce this symptom:

These conditions, and in particular those related to pathologies of the genitourinary tract, should be carefully considered before initiating a psychological treatment of the subject.

The first examination to detect and study the effective presence of premature ejaculation is the Viricare or phallic vibration test: a microinjection is made into the penis of vasodilator drugs that induce an erection, after which the penis is placed on a small vibrating platform which records the number of vibrations necessary to induce ejaculation (Viri-care test). When ejaculation occurs in very few minutes the cause is probably organic. Another test to be made is the desensitization test: this test must be performed at home and involves the use of a penile topical numbing cream. About 30 minutes before relations, the man, unbeknownst to his partner (so as not to alter their usual way of performing the coitus), spreads it on the glans and the penis.

The anesthetic cream will reduce sensitivity. If during the subsequent relations, equally premature ejaculation occurs, it very likely that the cause of the problem is purely of a psychological nature and not caused by excessive sensitivity of the penis. If, however, ejaculation occurs after a significantly greater amount of time than usual, it is very likely that the cause is a hyperexcitability of the penis that is often secondary to the presence of highly sensitive foreskin (cutis) covering the glans.

If the causes are organic, in addition to therapies based on local desensitizing creams, we offer surgical therapy: a safe procedure to eliminate the exaggerated sensitivity of the penis without acting on the large nerve bundles, in such a way as to avoid the loss of normal penile sensitivity. It is a simple and painless operation which is performed under local anesthesia and takes about 50 minutes. In practice, after the penis is anesthetized, a part of the foreskin is removed (circumcision), and the subglans peripheral ramifications of the dorsal nerve of the penis are incised – those that end under the glans, which are responsible for the hyper excitability.

The frenulum of the penis is the thin flap of skin that joins the glans to the foreskin. This tissue is very sensitive and rich in blood vessels and pleasure receptors, and when particularly solicited during sex it may be partially torn, resulting in conspicuous bleeding. In some individuals, even after puberty, the frenulum remains short and impedes the foreskin from the glans, or causes discomfort during erection, and in such cases it is possible to perform a frenulotomy, an operation in which an incision is made to the frenulum under local anesthesia, which heals over the course of a week or two.

The shortness of the foreskin frenulum represents a further source of anxiety for the adult man due to its frequent organic implication with regards premature ejaculation, as linked to a hyperstimulation of the richly innervated area, which is under constant tension during sex. The solution, technically simple, is of surgical pertinence – a procedure under local anesthesia called frenuloplasty. Frenuloplasty is a surgical practice that comprises a transverse incision across the foreskin frenulum, and suturing it longitudinally. It is particularly recommended for those suffering from a short frenulum, a pathology that impedes the proper “action” of the foreskin. It is also widely used to attain an effect of penis enlargement.